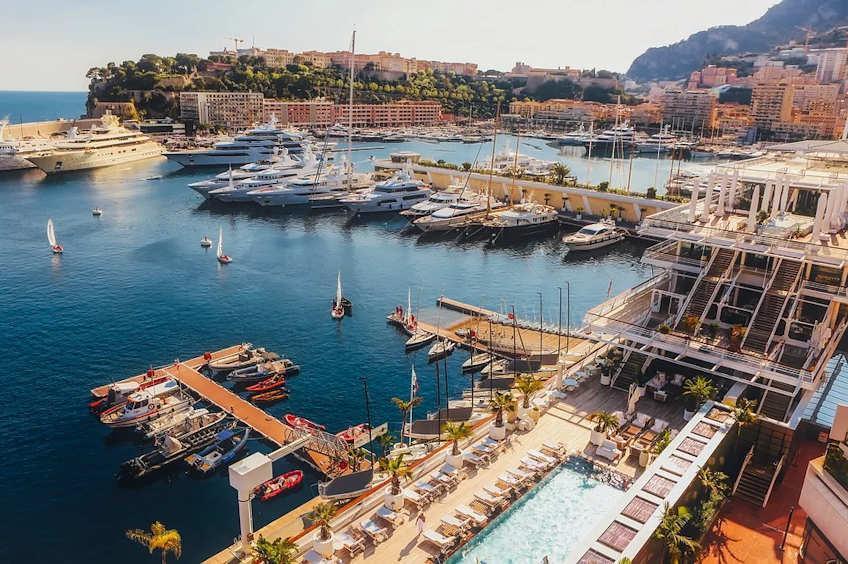 The warmest place in France is the French Riviera coast in Southern France. With average summer temperatures well above 30oC (80oF) and long dry summers and warm springs and autumns and mild winters, the South of France is the place to experience the best climate in France throughout the year.

The French Riviera has been attracting tourists for over 200 years, indeed it was the first real tourist resort in the world. The French Riviera grew in popularity with the European and Russian aristocracy during the late 18th Century. In particular, it was the winter months which attracted many visitors, looking to benefit from the mild climate and clear blue sunny skies.

The weather in the French Riviera continues to attract over 5 million visitors per year and you can benefit from the glorious weather all year around. With an average of over 14 hours sunshine per day in the summer and 9 hours in the winter, you can see why people have been flocking to the French Riviera for the last 2 centuries.

The South of France region is the hottest part of France, with the city of Nimes recording the hottest temperature in France of 43oC (110F) in July 2001.

The temperature in the French Riviera frequently tops 30oC (80oF) during July and August and is well above 20oC during June and September.

The winters in the French Riviera are mild and dry, with the temperature in South France frequently registering 3-4oC above the rest of France.

The official average temperature in French Riviera during July and August is 28oC. Which I have to question, because I live in the South of France all year round and it gets much hotter than this, I can tell you. I would say that July and August it is more like 34oC for most days.

The weather on the French Riviera is also the driest in France. Rainfall is rare but, be warned, when it does rain you can experience spectacular downpours.

The French Riviera weather during the autumn and winter can be unpredictable, with warm sunny days interspersed with spectacular lightning storms, hailstorms and occasional floods. But that is not the norm. I would say that you get about 4 big storms in South France during the year.

Marseille and Aix-en-Provence are the top 2 cities in France for the lowest annual rainfall.

During January, February and March you can expect around only 9 days a month when it will rain.

During the April and May this drops down to 8 days of rain per month and in the height of summer you can experience an average of only 3 days a month when it rains.

If you are looking to visit France this year and you are looking for the warmest place in France to be based, I would strongly recommend that you head to the French Riviera. With the weather you can never be certain, but on average, from the end of April through to September you will be walking around in shorts and flip flops.

During October and November you will need a jumper during the morning and late afternoon and during the winter a light coat will suffice. If you do plan on visiting the French Riviera, please visit our collection of villas with a swimming pool to rent on Go South France. There are some very affordable villas to rent and I would say that a swimming pool is pretty much essential for those days when it does nudge up above 34oC. Most of the properties we advertise do have air conditioning fitted, to ensure that you get a good nights sleep. I wish you a pleasant stay!