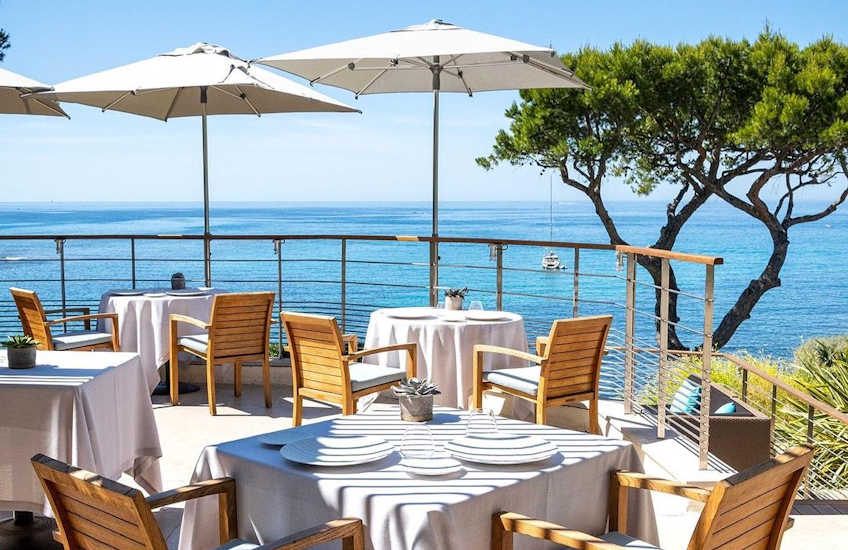 "This restaurant has an exceptional location completely facing the waves. It has a view taking in the sea and the pines, a minimalist designer interior decor, and a terrace overlooking the sea. The food elegantly navigates culinary trends and is spot-on and tasty, and the service is impeccable. In short, a real treat!"

La Villa Madie has gone on to retain its 2 Michelin stars and to establish itself as the best restaurant in Cassis, France. Along with the Mirazur restaurant in Menton, run by Mauro Colagreco; La Villa Madie is helping to set the scene for creative young French chefs to recapture the dominant place of French cuisine in the world.

Marielle is in charge of the front of house, bringing her experience from working under some of the big names of French cooking such as Michel Bras, Michel Guérard, Marc Veyrat and Martin Berasategui. She met up with her future husband and Head Chef, Dimitri Droisneau, when they worked together at La Réserve de Beaulieu, close to Monaco. Dimitri originally hails from Normandy in the North of France. He has worked at some of the top restaurants in Paris such as La Tour d’Argent, Le Lucas Carton and Le Bristol.

La Villa Madie is a modern building with a panoramic view across the sea. It is located on the eastern side of Cassis, just underneath the enormous cliffs that frame the town. From the long bay windows inside the restaurant, you can enjoy fabulous views all year round. But it is in the summer months that La Villa Madie really comes into its own. The large terrace is the perfect place to eat, with the sea just below and the dramatic cliffs of Cap Canaille as your backdrop. 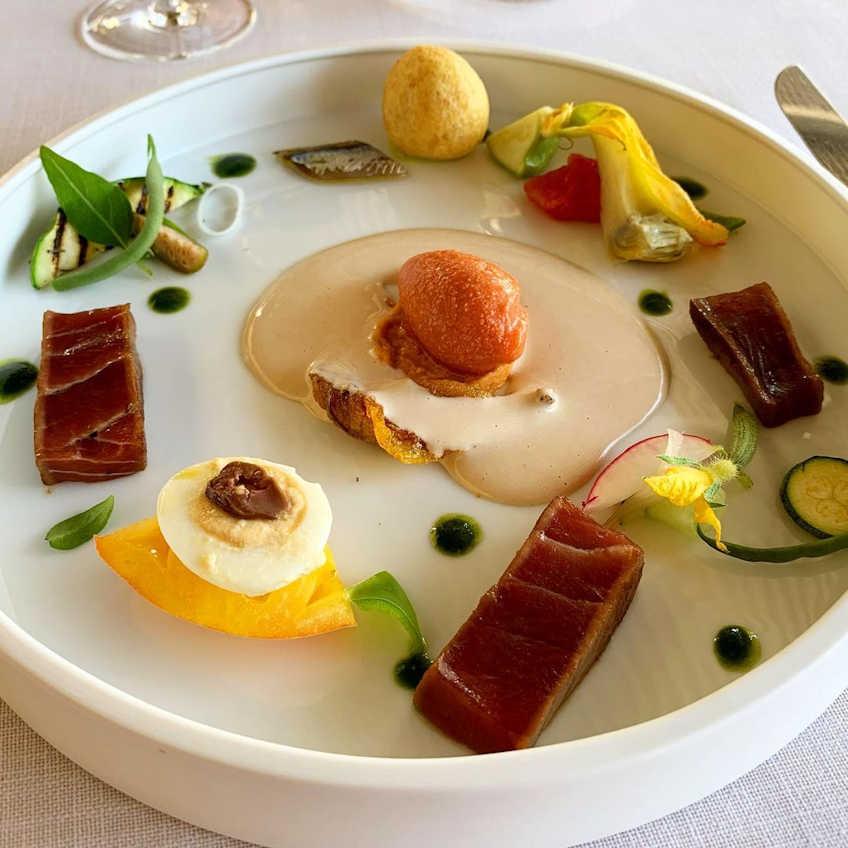 The cooking at La Villa Madie restaurant in Cassis is high-end gourmet food. The menus range from a 4 course menu at €75 and an 8 course signature menu at €215. The signature menu includes an Appetizer, 6 dishes, a cheese plate and 2 desserts.

Amongst the signature dishes prepared by Chef Dimitri Droisneau, include Grilled Mediterranean Royal Lobster with a Saffron Broth, Grilled Calamari and Red Mullet with a "Calanques vinaigrette", Rabbit and Palamos Prawns with a Provencal sauce and Veal sweetbreads with celery root, black truffles and lemon zest.

The wine Sommelier, Lionel Legoinha, has worked at La Villa Madie since 2007 and he has assembled an impressive wine list containing local Cassis wines and wines from across France. The wine list contains over 550 vintages.

The La Villa Madie restaurant Cassis is open from Wednesday to Saturday, for lunch and dinner. Please note that there is a formal dress code at the restaurant, for men this means no shorts or sandals. Bookings for lunch are taken for between 12.00 to 13.15. Evening reservations are taken from 19.00 to 21.15.

Michelin star restaurant South France: A... If you love fabulous food and wine, then there can be no better restaurant in the South of France than the Auberge du Vieux Puits. This 3 star Michelin restaurant is run by the famous French chef, Gil... 124 views Mon, 14 Dec 2020

Best restaurants in Cassis France The beautiful coastal town of Cassis, in between Marseille and St Tropez in the South of France, is home to some excellent restaurants. With stunning views over the Mediterranean sea and interesting l... 565 views Mon, 14 Dec 2020
Tags:
Cassis France French restaurants